Your feedback is valuable to us

Thank you for your feedback!
Thanks for your request. Our survey is on our way to your inbox
Home | Blog | Pragma employee wins second place in national research competition 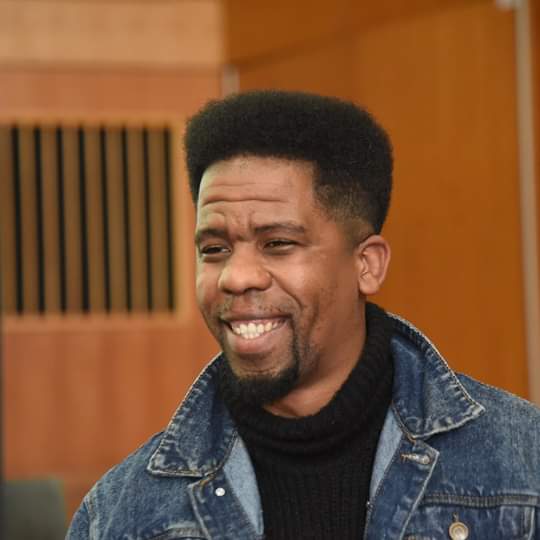 Pragma Operations Administrator in the Shell FMC team, Rudwin Gertze, finished in second place in the national Unisa research competition with his study on Investigation and Analysis into Process Safety Fundamentals within the South African Oil and Gas sector, specifically Petrol Stations.

Says 32-year old Gertze: “UNISA presented a national competition whereby researchers from around the country submitted their study. I was selected as one of the five finalist who made it to the final round, and was invited to Pretoria on an all-expenses paid trip to present my research. I was over the moon to finish in second place.”

Born and raised in Kuils River, Cape Town, Gertze will always see himself as a Northern Suburbs lad. “I completed my first degree at the Cape Peninsula University of Technology (CPUT), where I studied Public Management and Law. I’m currently pursuing a degree in Safety Management through Unisa. Working at Pragma and being exposed to its strong safety culture, especially within the Shell department, introduced me to a whole new world. But the true driver for me choosing this course was Lyronne Sigamoney. When I started at Pragma, Lyronne was the Safety Manager at the time and watching him doing his job with such passion daily, influenced me greatly. I developed a real passion for safety, especially within the petrochemical industry.”

Gertze’s research focussed on Process Safety Fundamentals. “I wanted to go a step further and include the elements of Risk Normalisation, Dilemmas and Care. I’m of the view that these three factors are leading contributors to the Process Safety Fundamentals not being adhered to and being non-compliant. I’m really passionate about this and entered the competition as an opportunity to learn more about this field and gain in-depth knowledge of the industry. Of course the best part is that I get to contribute to the standards that can prevent accidents and save lives,” he says.

According to Gertze, Process Safety Fundamentals emphasise existing good practices to reduce unsafe acts and conditions. He explains: “Preventing Process Safety incidents is of enormous importance as they can escalate into catastrophic events. You can just imagine what could happen when safety measures aren’t adhered to at petrol stations. With regards to the competition, my main objective was to create awareness around safety at petrol stations.”

Gertze believes safety fundamentals are as important at petrol stations as at home. “Even if I didn’t win anything, I wanted the audience to think about it when they’re at home. So many incidents can be avoided if technicians and contractors are more aware and receive more training. The same applies at home,” he adds.

Gertze is excited that he could still be chosen as a representative to attend an international university to do more research. “That would be so awesome as they will then fund my research on my return as well as publish it. If this happens, I’d have more influence and it will enable me to implement some of my recommendations e.g. create an app for the public to identify risks at petrol stations and receive points which they can then use for discounts on fuel purchases or coffee. I have so many ideas.”

His dream for the future is to learn more about safety in his industry and influence different segments of the market including upstream (oil rigs), midstream (refineries) and downstream (retail/petrol stations).

His other dream is for a united South Africa. “We need more leaders in this country, especially in the situation we are in now. Yes, our country seems to be in a very dark place right now, but we as the youth MUST take responsibility to not only make a difference now, but also to become men and women of influence so that we can guide the younger ones to become a better generation. We need a generation of true leadership. Become the Malcolm X’s, Dr Kings and Mandelas of our time.”

Although he sounds very busy, he loves “to not only to play competitive table tennis but also coach the youth as I believe it’s a way of keeping them off the streets and out of gangs. I also play drums and league cricket. I love being part of our praise and worship group at church. And last but not least … I love playing Xbox!” concludes Gertze.

subscribe to our newsletter
Tags
Cape Peninsula University of Technology Dilemmas and Care Lyronne Sigamoney Oil and Gas sector petrochemical industry Pragma Process Safety Fundamentals Risk Normalisation Rudwin Gertze Safety Management Shell Unisa research competition
More content
Henk Wynjeterp Appointed Managing Director of Pragma Netherlands
As of October 1, 2021, Henk Wynjeterp has been appointed director of Pragma Netherlands. He…
Read more
Using technology and processes to address the retail sector’s asset management challenges
Retail branch managers have a broad set of responsibilities. Some of these responsibilities include staff…
Read more
What does load shedding really cost your company?
The impact of ongoing power cuts on the SA industry Load shedding has become an…
Read more
Is your power backup investment failsafe when Eskom load shedding strikes?
Wave after wave of load shedding has hit the country, as you would have experienced,…
Read more
Determining optimal staffing for maintenance departments
By Philip Hanekom, Associate Consultant at Pragma Africa Any Asset Management (AM) system either fails…
Read more
The role of proactive infrastructure asset maintenance programs in civil unrest recovery
Author | Julia Mamakoko, Business Development Executive With an estimated R 50 billion cost to the…
Read more
Better tech. Better asset registers. Better decision-making.
A good foundation keeps a house standing and protects you from untimely losses. The same…
Read more
Digital Transformation | A reality check
Digital transformation is high on the agenda of many companies across the world and all…
Read more
Do municipal asset management software systems enable better asset management?
Author | Dasagen Pather, Solutions Specialist Through all the legislative requirements of GRAP[1] and mSCOA[2],…
Read more
What training and learning pathways are available for aspiring reliability engineers
Good reliability engineering forms the cornerstone of an organisation’s ability to deliver its asset management…
Read more
The role and importance of Reliability Engineering
The question often arises on the actual role and responsibility of a Reliability Engineer. This…
Read more
Asset Health Monitoring
Back in 2019, researchers from Verdantix identified the trends in technology roadmaps for asset management…
Read more
Is convenient repair request logging the key to improved uptime?
The right tools, appropriate systems and accurate data could make a considerable impact on the…
Read more
The foundations of infrastructure asset management | Considering financial and engineering asset registers
From a physical asset management perspective, it is essential to remember that asset registers fulfil…
Read more
An insight into Maintenance Work Management
Pragma Academy Subject Matter Expert Tim Beavon I have been working in the asset and…
Read more
Mining Giant Takes Hands with Pragma Academy to Develop AM Professional Development Programme
Mining powerhouse Anglo American partnered with the Pragma Academy to deliver their Asset Management Professional…
Read more
Massmart pockets Global FM’s 2021 Highly Commended Award of Excellence in Facilities Management
What a privilege to congratulate Massmart on achieving the Highly Commended Award of Excellence in…
Read more
A quick review of existing maintenance concepts
Most capital-intensive organisations have years of experience in performing preventive maintenance on installations, systems and…
Read more
Massmart’s approach to digitising its facility and asset management practices secures them the prestigious 2021 SAFMA Award for Technology
Helgard Pienaar, Solutions Specialist Massmart’s shareholders and customers have good reason to celebrate yet another…
Read more
Memorable training that results in improved workplace activities
The main focus of the Pragma Academy is to create courses and provide training that…
Read more
Digitising manual and paper-based processes – increasing efficiencies and data velocity
Jean Goussard, Solutions Specialist Statistics show that since the onset of the Covid-19 pandemic, many…
Read more
The foundation of sustainable infrastructure asset management: aligning the equipment and financial asset registers
Andre Jordaan, Partner Consultant Introduction Many organisations discover that they have two or more duplicate…
Read more
Continued service delivery without compromising employee safety
As we are nearing the end of an unprecedented year, I’m looking back with astonishment.…
Read more
Increase efficiency and save millions | Combine your facilities and asset management functions
Julia Phala, Head of Sales and Client Relation Management Are you a manufacturing business struggling…
Read more
Proactive enterprise asset management | Leveraging human potential to improve asset performance
An opinion piece by Kolosa Madikizela, Managing Director Pragma Enterprise asset management Proactive enterprise asset…
Read more
Is a Centralised Enterprise Asset Management system, a pie in the sky for organisations with multi-divisions?
The case for having a reliability centred maintenance approach has been proven time and time…
Read more
Digital Future Readiness in the South African Fuel Retail Sector
South African Fuel Retail companies need to remain competitive and future-ready, be able to tackle…
Read more
The relationship between the current economic infrastructure assets performance problems in Southern Africa and Proactive Enterprise Asset Management
An opinion piece by Kolosa Madikizela, Managing Director Pragma  The economic landscape in Southern Africa…
Read more
Black, Female-Owned Enterprise Flourish with Pragma’s Backing
With Pragma’s backing, Mettle Petroleum – a black, female-owned service provider, has grown from a…
Read more
A structured approach to the development and implementation of an AM scorecard
Darryl Summers: Partner Consultant, Pragma Measuring and managing performance in an organisation is vital in…
Read more